The Most Dangerous Sport for Women? Try Cheerleading 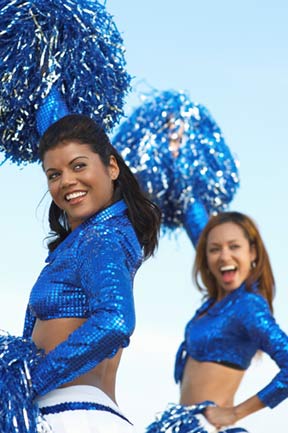 (NewsUSA) – It turns out that cheerleaders and football players have something in common you might not have guessed: concussions.
According to a new study in the Journal of Pediatrics that found cheerleading to be by far the most dangerous activity for female athletes — accounting for 66 percent of their catastrophic sport injuries — more than a third of girls who suffer a concussion don’t even recognize the symptoms well enough to report it.
The research comes on the heels of numerous news stories in recent years alleging concussion-related brain injuries among pro football players. But unlike football, cheerleading isn’t even officially recognized as a “sport” by most high school athletic associations — a failure Dr. Jay Greenstein, CEO of Sport and Spine Rehab and the official team chiropractor for the Washington Redskins cheerleaders, for one, insists needs correcting. “We’re at a critical juncture here,” he says.
Most of the injuries incurred in cheerleading are to those catching others thrown through the air. “Catastrophic” ones, regardless of the circumstances, result in shorter lifespans, permanent disability, or long-term medical conditions.
Given all the sport’s stress to the body — and the spine in particular — experts increasingly view chiropractic care as an important part of their preventive and post-injury care.
“Chiropractic treatment and functional injury prevention programs can and will improve recovery times and maximize performance,” says Dr. Greenstein, who’s also a member of the not-for-profit Foundation for Chiropractic Progress.
Learn more at www.yes2chiropractic.org.